How to Increase Your Muscle Power

Power is important for many functions in daily life it's not only met for athletes but for the non-athletic person as well.

Now let's get something clear. Power is not to be confused with strength or muscle gains. Yes, power can emulate strength but power is defined as the ability for the muscle to produce maximum output in minimal time. That's basically saying that if you were moving a moderate to heavy load, you can do it repeatedly and quickly with proper form and technique with every repetition in a short amount of time. That's power.

It is true that power is mainly referenced to athletes like football players, fighters, soccer players, hockey players, and in athletes of all sports. However, it also applies to the type of work you performed every single day like construction or the type of tasks you do around the home as well like slinging bags of leaves or lifting the kids while playing. So everyone can benefit from maximizing power. The video below shows an example on how to maximize the power of your biceps. Remember, heavy weight is relative. What may be light for me is heavy for you so choose your weight wisely.

You will see in the video that were using moderate to heavy weight. The weight that Luis is using is heavy enough for him to get six to eight repetitions. This is maximizing the potential of the bicep or (prime mover), then immediately after that we go to a lighter weight in which he performs 20 repetitions of the same movement or similar movement. For extra fun I included a thrust movement yet still using the same joint flexation which targets the bicep. He basically lays back down on the round side of a bosu ball and thrusts a 25 pound smash ball over his head, smashing it against the wall. This is done for 20 reps. Keep your back flat at all times and your flutes tight.

Check out the video I hope you enjoy and please comment if you have any questions.

As always, thank you for your time and for putting your health first. 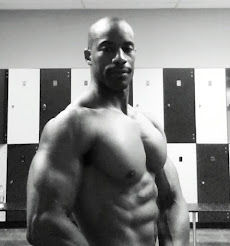 Thank you for visiting. Let's get fit together.

Get To Know Me

Carlos
Hello and nice to meet you. Thank you for taking a gander at my profile. I hope the posts you read are informative, entertaining, funny, and helpful. A little about me; I am a Libra and I like long walks on the beach.....LOL! Really, I am a Libra and I do like walking on the beach so it's not a cliche after all. I am also an entrepreneur who wants you to take full advantage of my blog and blog posts. Thanks! Oh yeah, check out CM Fitness Consulting .com to read my bio and to get Fitness consulting.

Do This For A Stronger Bench Press

It's Monday, international chest day! Good luck finding a bench for that Monday evening pump. Before you start though here's some ti... 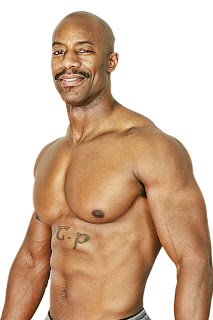